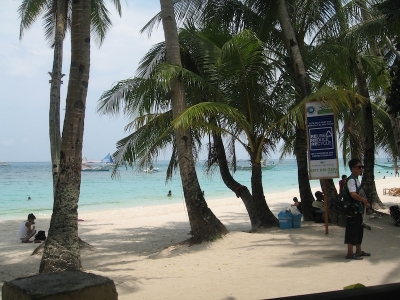 Whenever I meet natives here in Philippines, they always ask me "Where have you been? Have you been to Boracay?" Their eyes are alight with excitement and prejudice.  My response has always been to say, "No, I have no intention of ever going to Boracay." I have enjoyed seeing the stunned expressions of those who are listening and I am always expected to explain myself.

Boracay Island gives me the impression of being purely a tourist destination. Touted as having among the very best beaches in the world, it is the pride of Philippines and the one place that everybody is expected to go.

Apparently the sand is whiter and more powdery than anywhere else, the emerald waters are unique and the night life is vibrant and captivating, with a string of hotels and restaurants to please all tastes and budgets, stretching from the budget backpacker inns right up to the most exclusive and offensively expensive hotels.  These are the positive reports coming from Boracay Island. 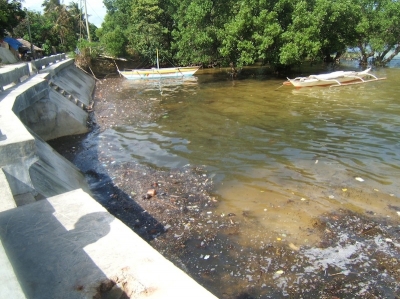 A contrary view is that Boracay Island used to be a beautiful haven and has now become purely a tourist destination - an arrogantly over-crowded and over-marketed DisneyLand, where foreigners are rightfully treated with contempt by locals: being treated and behaving like walking wallets and that the usually welcoming attitude of Filipinos is more scarce.  It is somehow fake and does not even feel like being in Philippines.

So, two contrasting prejudicial views.  Having visited the island, what did I think?

I would say that the low-end accommodation is a lot better than I would have expected. Somehow, the small rooms in the tiny inns (available for around 1,000-1,500 per night) managed to maintain the charm of small cottages that you might expect to find in the provinces.  The staff were professional and did not even charge me for losing the key to the locker.  This is typical Filipino hospitality.  The larger, vastly more expensive hotels looked very much the same as each other, making them very difficult to use as landmarks due to their similarity.  They were very grand and impressive.  They also appeared to be mostly empty, which led me to believe that either I was there in the off-season or that the prices are extremely unrealistic. 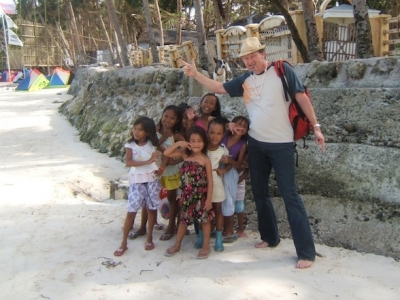 The area immediately outside the small place I stayed had the usual massage options.  The massage was strictly clean massage only. Happily, the girls doing the massage are pretty typical of any girl you can expect to find elsewhere in the Philippines. They are not out to cheat you and appear to be, in general, typically warm and friendly.  I sat up one night for almost two hours talking with the girls about nothing in particular, despite them knowing I was not going to be a paying customer.  Other staff that worked in restaurants or in small shops all behaved again much like anybody you would find in the city who is used to seeing foreigners. They are friendly in their usual way without showing too much interest.

Getting off the main strip and into the back-streets was also worth doing.  The people there are also much what you would expect - poor, and also welcoming.  The major difference between Boracay Island and other provinces or even the city, is that you can see a massive difference in the amount of money available to 'normal people'.  It is clear that the island has more money in its economy than in other places.  The poor people live in markedly better accommodation than those in other places around the Philippines.  Nobody said "hi Joe," which suggests an education about having foreigners around.  Equally, mostly, the girls don't follow you around giggling and there is certainly a feeling that the people do not find it impressive to have guests from other countries in their province. Which is maybe correct, but  slightly less enjoyable. 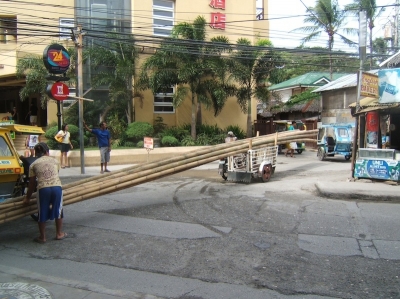 The tricycle drivers and street vendors again seemed much the same as anywhere else in the country. Pushy? Not really. Dishonest? I don't personally think so.

In the evenings, the local bars filled up with working girls who also seem to support my claims about Filipina. They are approachable and able to hold decent conversations and all have their various reasons for doing their work: to support a baby whose father abandoned her; or for enjoyment; or to put siblings through school.  Everybody has their reason and most of the girls who suffered my interviews seemed honest and happy to talk openly about their feelings on life.  The most interesting conversation I had was with a lady-boy who said some very profound things about life and her experiences growing-up as a bakla in Philippines.  I had to ask about her additional assets and received a matter-of-fact answer that anybody can gain these by taking a trip to the CR (toilets/bathroom) and collecting some soft padding.

The restaurants were good. The prices were also very reasonable: P300 for all you can eat buffet.  The food really was excellent in most cases.  Compared to Manila where you can find many over-priced, poor-standard-of-service restaurants, the meals on Boracay were of very good value and very tasty!  The ambiance was good: background music with a quiet buzz of activity.  It felt like being back in Nice (a city from Southern France) and this was a pleasant thing.  The singers and bands were mostly very good, although one female singer obviously grew bored of performing to a small audience and was sending mobile phone text messages whilst also singing.  A few others also seemed to be a bit bored with their routine of singing through the same set-list each night. 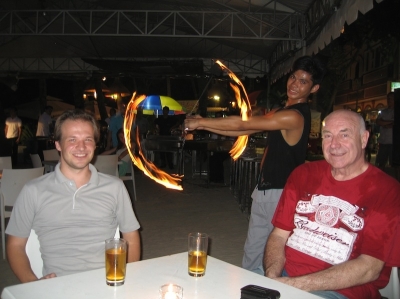 A massive disappointment.  There were a few foreigner bars and a few night clubs too. It would be fair to say that the foreigner places had a very cliquey feel to them.  You know you are not a regular on the island almost as soon as you sit down. I find it amazing that a small community filled with people from all over the world can give that impression.  Having said that, one of the Filipina in the group there bought us drinks.  The other filipinas in that group were mostly tattooed and smoking.  I don't know if that means anything but it's worth noting.

Another club/bar was full of working-girls and foreigners. An untrained eye might not understand what is going on but because of the nature of the people in this country, it is very easy to find out simply by asking somebody.

There were a few other bars dotted along the beach and they were mostly the same. Cocktails. Smiling waiters and waitresses and a small band playing the same songs as all of the other bars, but they had a relaxed feel to them. 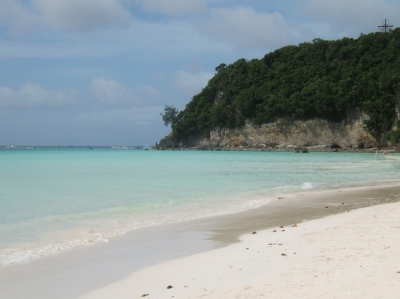 I did not have time to explore the 'attractions' of the island such as the Bat Cave and I believe there are 2 more beaches that I did not see.  I did not go diving or snorkeling or island-hopping so I cannot comment on those activities.

Yes, the sand is white and the water is a nice blue colour. Was the beach more beautiful than those in Panglao Island, Guimaras, Apo Island, Concepcion Islands, Palawan, Ilocus Norte, Puerto Galera or any of the other many, many beautiful places around Philippines?  I don't think it is necessarily more beautiful. The beaches are certainly longer and have more developments nearby, such as restaurants, hotels and places to hang-out and eat whilst listening to music, but the beaches themselves, for me, are much the same as the other beautiful beaches in Philippines.

I am happy that I went to see Boracay Island.  Before I went, I had no idea what could possibly be the attraction of the island to anybody at all.  Having visited, I can say that the island is a beautiful island. I can say that the nightlife exists and is enjoyable and that the choice and quality of the restaurants is good.  I can see the island as being a good place romantically and might be fun if you're into watersports or making small adventures such as exploring caves or island-hopping. Surprisingly, most things are not necessarily massively overpriced, and if you make a bit of an effort to stray off the normal path, then you can also find a few things that give you an indication of Filipino daily life.  Certainly I can now say that Boracay has its merits and that my previous conviction that it should be avoided at all costs was very unfair.

Contrarily, I can say that the beaches themselves are certainly not particularly more impressive than other beaches dotted around the Philippine Islands.  The island itself was not especially crowded but the sea was littered with boats, enough to substantially dilute the beauty of the sea and this was during off-season.  Regarding culture, I do not feel that Boracay Island really gives the feeling of being in Philippines.

I therefore say that the island itself was neither as bad as I had expected, nor was it as amazing as it is touted.  For me, it was less extreme in both directions than reports suggest.

Finally, I would suggest that Boracay Island may well be the only location in the Philippines where Tourism is exercised to international standards, and for this, it should be applauded.  As a Tourist Resort or Romantic Getaway, yes, it's probably the best option in this particular archipelago.  Would I recommend that one-time-only visitors of the Philippines go to Boracay Island?  Not a chance, but I am glad to have been and will no doubt visit again another time.

First Trip To Amsterdam: Part 3 of 3

White Beach is definitely better than any of the beaches on Panglao, and the ones I visited in Palawan, (I can't comment on the other places, because I haven't been to them) but that was the only thing better about Boracay. Still a very nice place though, and a refreshing change from Thailand.