Perhaps I should have taken myself more seriously? haha, who knows?

When I was twelve years old I made my first computer program, which happened to be a game about football.  (Not really surprising that the words 'computer' 'game' and 'football' all appear in a sentence attributed to me.)  In fact, that is not stricly true.  I made my first game when I was eight and it was actually about dating.

My Dad had a BBC-micro, model B, with dual-type floppy disk drive that had a nifty switch on the back to flip mode.  It could read disks that were either SD (40 tracks) or HD (80 tracks).  At weekends my sister and I would play games for hours-on-end and took turns to make sure our gaming sessions were fair.  She would choose a game and play it, usually Street Machine, a "racing" game.  She would drive her car at a fairly leisurely pace and then park it in somebody's driveway and sit there listening to the engine purring for an hour or two until I cried like the toddler I was.  If I made enough fuss then I could have a go and it would be my turn to choose a game.  Or at least it should have been, but she advised me that the computer would get tired if I chose another game so soon after her choice and so I had to play the same game.  And so I did.  I raced.  I raced half way around the track, veered off course and crashed into a house where I exploded in a fiery-red-ball-of-flame mess.  Any young boy who wants an older sister has obviously never had an older sister.  It would then be her turn again and she'd choose the unsolvably-huge adventure game, Castle.  Hours ticked by.  And so it would go on, unless our cousin Adrian was visiting.  When Adrian visited nobody had the chance to choose or play any games, except Adrian, who would play Karl's Cavern until it was our bed time and then he'd play until morning...lunch, and dinner and so on.  As I tell this story, I realise I am probably creating a wrong image.  Let me correct that.  Adrian was not of our age group; he was about twenty years older than us (and still is!) 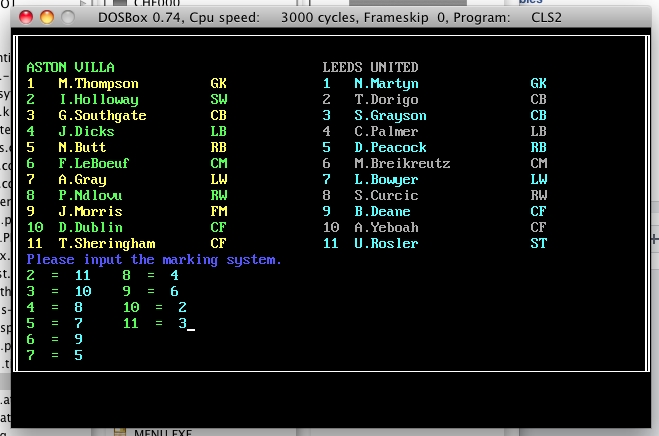 Anyway, so we had access to a computer and due to all the complicated keyboard controls required to jump over dangerous obstacles and crash racing cars, we learned to type.  At the age of eight I found one of my Dad's BBC Basic programming books and rather than spend hours following the generic instructions of exactly how to make an amazing game by typing up hundreds of lines of code, I decided to go my own way and make my dating game.

As I grew older I started to play Football Manager on the BBC micro and took Colchester up through the divisions until we were Division One champions!  Being champion over and over eventually becomes tiring and so, as I relentlessly aged, I sought a bigger challenge: to pit my football manager wits against real people at school.  There was no Internet back in those days so I made up a kind of formula that could be applied to football players' skills to calculate some form of a match result, with a bit of luck thrown in along the way of course.  This led to the formation of Champions League Soccer, a game that was played out at school with my school mates.  Each participant would donate a single pound towards the "cost" of any trophies and paper etc, so in a way, it was a kind of micro-business.  We all picked a team made up of semi-fictional players and arranged transfers with fully-fictional money and then set up our team teactics and formation in an attempt to win matches and subsequently, the league.  By the way,. this game was created years before the now famous Champions League football competition, so the name was fairly original back then. 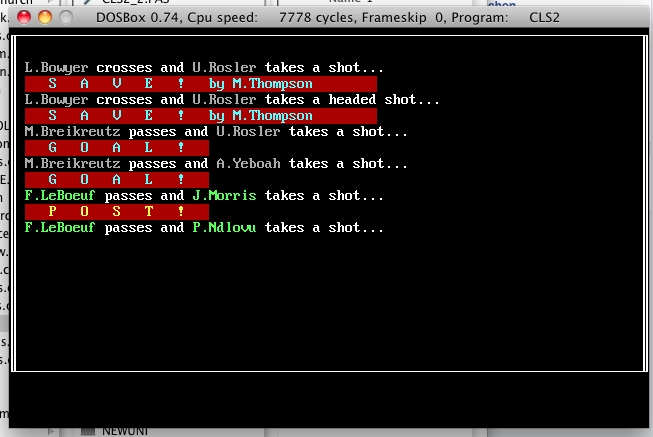 I used to spend hours every day calculating how many chances each team and player would have and then rolled dice to play-off the strikers against goalkeepers to see who scored.  I followed complex fofmulae to see what the match attendances would be and whether anybody would be booked or sent off, and then spent more hours creating match reports and such.  It was real work!  If I had put that much effort into my school work I may actually have been able to learn something about computers and found a proper job one day.  Alas, I did not really see the point of doing homework and such, but still, I felt I was spending too much time running the league: I had to find a way to lessen the burden so I would have more time available to do serious things such as playing football and creating havoc with my mates in Ardleigh.

In the meantime, I very gratefully received an ancient computer from my uncle, an XT8086, along with a bunch of books.  I remember that computer very well, especially the word processor that had yellow text on a black background.  When using that word processor, I could get through about one and a half lines before it started beeping at me for typing too fast.  I would then wait for a minute for it to catch up and could see the characters slowly appearing on screen!  Anyway, one of the books was about Pascal and that seemed to offer an opportunity, along with the computer.  I thought I might be able to write a computer program to help with the workload.  I read from that book every day for a week, filling the time on the school bus on the way home from school.  I read 22 chapters, right up to file processing and at the weekend I spent 17 hours at my Dad's house doing the actual programming.  I went home on the Sunday night totally exhausted.  On Monday I failed to hand in some "very important" project and then spent 8 hours debugging on Monday night, just in time for the latest season of CLS, aptly named, CLS2!

The league continued right up until the age of 15 when it proved too much of a drain on me and then, when a lot of paperwork went missing, it seemed an appropriate time to cancel the league. 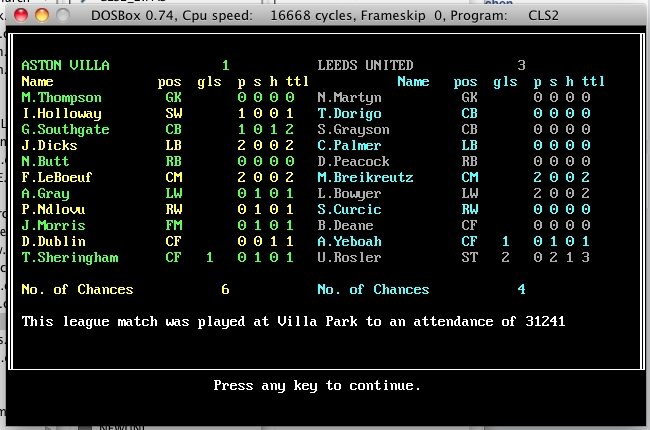 Despite the vaguely misleading headline, this is not a story of how a boy fought against the odds to follow his dreams and go on to conquer the world.  I am not sure that I ever really had the actual drive and intent to go and "be" a computer programmer, or anything else really.  I just really loved playing football and loved playing games.  It is therefore not much of a coincidence that I failed college, twice, and did not go to university.  I just was not motivated and did not believe it was do-able, nor did I see the point.

Having said all that, it is probably also not a coincidence that, despite having never followed any kind of official training or education program for computers, I ended-up making most of my income from computers, either by way of teaching others, or making stuff for others or even myself.

So, even though I do believe that most people can find a way to achieve almost anything they want to achieve, that is not what this story is all about.  This is just a story about fulfilling a need to play football management games and here I am, 24 years later, reminiscing, playing the same game on a clapped-out MacBook and I am very pleased to announce that IT STILL WORKS!! 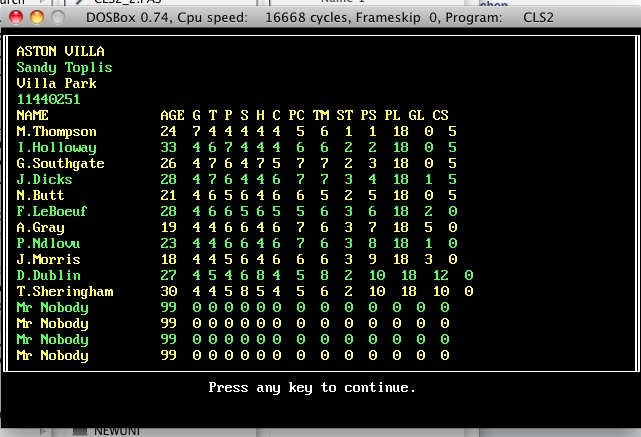 Destiny Is The Ideology Of The Lazy Or Fearful

An Opinion of the NHS - UK's National Health Service