Pyramid schemes have a bad reputation and are even illegal in some countries. Therefore, they often use other names to disguise themselves. They sometimes use other terms such as Network Marketing, Binary Scheme, Multilevel Marketing, Matrix Scheme. If you come across any new terms please let us know in the comments below. 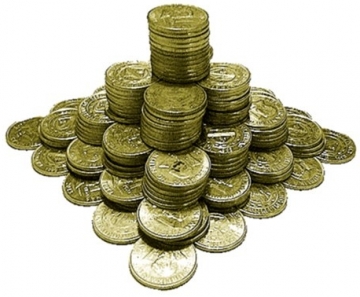 I would like to point out that there are systems/schemes that exist whereby people do make good profits by selling actual products that also take advantage of the referral scheme as an additional income.  These can work because the commissions come from outside of the system and from selling real products that people actually value, buy and use.

I am referring mainly to systems that focus on selling start-up kits as a way of making profits.

Most of us at one point or another in our lives have decided to try to increase our income by either searching for business opportunities or looking for a job that will enable us to buy food, pay the rent, travel, feed our kids or to simply expand our lifestyle.

At these times we tend to stumble across a 'friend', relative, potential employer or a complete stranger who wants to share his or her secret to financial freedom.  They make an act of being very concerned about us.  They seem absolutely desperate to share their new found secret with us.

Often times, this person has recently signed up to a pyramid scheme of sorts and is looking to sign us up too in order to make a profit for themselves.

What is a pyramid scheme?

The concept is that the pyramid scheme business creates a product that is supposedly unique and of high quality.  The company allows new recruits (you and me) to pay a registration fee to become a distributer.  When you register you are really buying a start-up kit that contains all kinds of marketing materials, access to training workshops, sales support and a product catalogue so that you may then buy their products at discounted rates and therefore attempt to sell them for a profit.

Incidentally, you may also sell start-up kits.  Start-up kits almost always sell for more commission than the products themselves.

This sounds incredible!  Take a look at the pyramid of coins to the right.  Imagine being at the top.  That is a conservative pyramid structure.  Think about it!  Let us say that you recruit ten people.  All of those ten new recruits are able to recruit a further ten people.  Again, each of those ten recruit ten more who each recruit another ten.   Already, you would have 10,000 sets of commission every month!  That is a phenemonal potential income.

But this is not really the full truth of the story...

The full truth is that almost all pyramid schemes encourage you to focus only on selling start-up kits to recruit new distributers, not to go out and sell the unique high-quality products themselves.  Selling start-up kits not only attracts a good commission but also increases the number of distributers on the layers beneath you in the pyramid.  It makes sense doesn't it?  The more distributers you have, the higher your potential commissions.

This is the truth behind pyramid schemes and is very important.  So, can I say it again?

The main goal is NOT to sell products but to recruit new distributers.

You buy a start-up kit to a business that promises to make you rich by selling unique, high-quality products, but the only product that is actually sold is the start-up kit itself.

So what are you really selling when you sell a start-up kit?

Ok, so it's a box with a bunch of materials, training workshops and a distribution license, but it is not really that, is it?  A start-up kit is actually a promise of a dream or ambition, usually of financial freedom.  It is a promise to get rich.

Well, what's the problem?  Some people Do make a lot of money...

The only way that anybody in the entire scheme can make any money at all is when somebody else loses.  The entire pyramid scheme requires people to lose their money in order for anybody at all to make a profit.

Pyramid schemes like this are truly lacking in moral responsbility

The product that is being sold is the promise of being rich.  The promise only works for the top levels because he bottom levels (the levels with the largest population of people) MUST lose their money.

If you have encountered any pyramid schemes or have any positive or negative points of view, please leave a comment below.

The Perils of Finding a Job

This was the kind of business I mentioned before that I said, "I know myself well. I don't want to spend my money in a business that I am not sure if it works". And I got a good reply saying, "it is sensible not to throw your money on something you don’t know about. " Few of my relatives and many friends were inviting me to join in their business (AIM GLOBAL)and become their member.. But I always refused. Firstly, I am not really good in convincing people to sell products and to become a member to me so that I can earn more money. They didn’t said that it is pyramiding/networking business but when somebody explained to me how the business goes, I know it is pyramiding and the up-liner are the ones who earned lots of money from their down-liners. The membership with the kit package’s worth is P7,980 pesos. It’s not fair that I will be working hard to sell and recruit members and the one on the up-line also makes money from my hard work. That's why I don't like the business too and refused. I don’t know in SWA or SUPREME WEALTH ALLIANCE. What I only know in SWAP is they don't have products. You will just earn by recruiting more people.